We help companies and professionals to carry out their digital transformation with custom software developments.

The software packages you found don't work the way you want them to? Do you think you could automate many tasks if you could connect several software that you are using? Do you have a business idea that doesn't exist? We can help you.an help you.

Web pages are universal and tailor-made solutions accessible from any computer, mobile or tablet with Internet access. Below we have selected the most characteristic types of projects:

A website with a content manager is easily upgradeable without having programming knowledge and is used to create corporate websites, blogs, virtual catalogs, etc.dpress.

Do you want to sell your products and services online and the existing packages do not quite work how you want? We have what you need. We are also specialists in electronic payment gateways.

All those things that you have not been able to find in other software and that will take your business to the next level: automations, software integrations, custom modules ...

Specific solutions for the events industry.

HOW WE DO IT

The software we develop is made following quality standards that seek excellence:

We take great care of the user experience to make using our applications the most intuitive and rewarding.

We develop applications that are fully functional on desktop, mobile and tablet, making the most of each device.

A good, fast, secure, reliable and scalable cloud infrastructure is vital for the success of an Internet project.

A project on the internet is useless if the security of both the software and the infrastructure in which it runs is not up to par.

We use Agile methodology for development which allows us to face changes in requeriments in a natural way.

We program automated tests to guarantee the correct operation of the application at all times.

What technologies we use

Software is not just a bunch of lines of code. There is a structure, a software architecture that guarantees the scalability and maintainability of the project over time.

We use the tools that allow us to obtain the best results, those that make us more productive and best if they are open source tools that are widely adopted. We stick to the standards and develop the front-end and the back-end separately. All this allows the project to be easier to update and maintain and to have a longer lifespan.

The following is a list of some of the technologies that are currently part of our development stack:

React is a library written in JavaScript, developed by Facebook to facilitate the creation of interactive, reusable components for user interfaces. React Native also allows you to develop mobile applications.

Svelte is an innovative open source Javascript framework that allows the creation of reactive web applications to be simplified as much as possible.

Scala is a general-purpose programming language created in 2004 that supports functional and object-oriented programming.

Go is an open source programming language created in 2007 by Google. It was built to improve developer productivity.

Hypertext Markup Language (HTML) is the code used to structure and display a web page and its contents. Created by Tim Berners-Lee in 1994 at CERN.

Cascading Style Sheet or CSS is a language used to define the presentation of a structured document written in HTML. The idea behind CSS development is to separate the structure of a document from its presentation.

JavaScript is the only programming language that works natively in browsers. Therefore it is used as a complement to HTML and CSS to create web pages.

MariaDB is a GPL licensed MySQL derived database management system. It is the open source alternative to MySQL in response to its acquisition by Oracle. 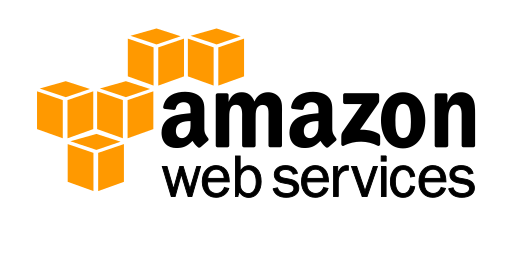 We are a custom software development company in Barcelona with more than 20 years of experience and passion for what we do.

The founders trained as computer engineers in the 90's, we had our first contact with the Internet in college. In those days when some of us had a modem at home and we connected to BBS 's, the idea of the Internet promised to be revolutionary.

And surely it was. It became our way of life, and it still is today. We started working on the first ISP's that appeared in Spain, to go on to work in technological start-ups in the middle of the bubble .com at the entrance of the XXI century.

After that it was time to start something new, simple and honest with ourselves and our clients. This is how Zentense was born in 2001.The next 20 years are a story of challenges, struggle and overcoming, but above all of learning and improvement continues. And here we are now, in the middle of the revolution of the internet of value and the blockchain.

We hope that in the future you will be part of our history.

The time had come to start something new, direct and honest with ourselves and our clients. This is how Zentense was born in 2001.

These are the reasons that make us a good choice:

Because we make custom software

Being custom, you get the application you need, no more, no less. They will say that it is expensive and slow to make custom software. As for the first point, how cheap is something that does not work well or does not do what you expect?, and as for the latter, sometimes it is almost as costly to adapt an existing application than to start a new one, and of course, we use libraries and frameworks that accelerate development.

Because of our experience of more than 15 years

And since then many things have changed and many new technologies we have learned to stay up to date, and above all, much we have had to learn from our customers to know what they need.

Because we are a small company

And we do not have the huge structure costs of the big consultants, we can react quickly to changes, and your project will not go from hand to hand. Some will say that a small company is at risk of disappear and your project would stall, but (see previous point), we are here to stay.

We like technology and we like to develop applications with it, and when you do things with love, it shows in the details of the end result.

Because we deliver on time

Many of our customers are from the events scene, and any event can be delayed even a single day, even a single hour. We know what is to work with deadlines and, above all, respect them.

Because we are honest

Because everything is not allowed to make money and we are a company that has very clear values. We are not going to promise you things that we know we can not fulfill.

Answers to frequently asked questions about our services.
1. What kind of projects do you do?
The most typical projects are those of corporate websites and electronic commerce, but where we shine the most are in projects with functionalities that go beyond what is reachable with the typical Wordpress and a template.
2. Do you make mobile applications?
Our specialty is in hybrid web applications that behave like a web in the browser and as an app on the mobile. Three developments (web, Android, iOS) for the price of one.
3. How long does it take to develop a project?
A basic web page may take as little as a couple of weeks, but a more elaborate project with advanced functionalities can take several months of development.
4. How much are your web pages approximately worth?
Each project is unique and there is no generic approximate price. If you want to know how much it will cost you your project, we will make you a budget without obligation.
5. What if I want to take my page to another site in the future?
All the code developed expressly by Zentense for a client it is owned by he/she and at the end of the project we provide the code to you and you can do with it what you want.
6. Do you take care of the hosting?
Of course, but if requested we also install the software in the client's infrastructure or we contract it on your behalf so that you have full control over the project.
7. Are you specialized in a particular sector?
Although we have extensive experience in ticketing and solutions for events and shows, we carry out projects of any kind and we have carried out projects in sectors as diverse as real estate, industrial painting, dance, special education, food, immigration services start-ups, comics trade, car insurance, etc.
8. Do you only offer your services in Barcelona?
We work with clients in several autonomous communities and in the past we have developed projects abroad.
Go to top